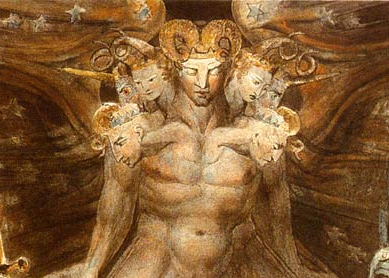 Where is there to go once triumph has occurred? Themistocles was an ancient Greek general and statesman who advocated for a strong navy because of the first Persian invasion in the fifth century BCE. During that war, he fought at the battle of Marathon, and in the second invasion, he commanded the Greek navy and defeated the Persians at sea. Themistocles was such a gifted soldier that he was considered Greece’s most revered general. Still, when peacetime came, the soldier wasn’t as appreciated because he was made for war and conflict. Living in peacetime as a statesman proved so tricky that it eventually led to his exile after he angered the Spartans and Athenians. Some people are meant for battle, while others exist to thrive during peace. The revelation and consolation John gave to the Asian churches was that God triumphs, so he digresses from the announcement at hand and reminds them of what God has already accomplished through the blood of Christ.

Christians today seem poised more for conflict than peace. This is no better demonstrated than by general observation of Christians and churchgoers on social media. Easily triggered and constantly outraged, one might wonder if they believe in the triumph of God or not. This isn’t to say that there aren’t occasions of injustice that should be lamented, but some of the most ardent proponents of conspiracies and dramas are those who claim to trust in the Lord. A funeral director recently told me that a gentleman said to him that the masks worn during COVID19 are the mark of the beast. How convenient that the very week I prepared this sermon, I’m told a tale such as this, so let’s look earnestly at this passage and determine whether it’s true or not—spoiler, it’s not.

The Defeat of Satan

Revelation 12:1–6 speaks about the birth of Christ (see especially v. 5).[1] John was apparently looking back and detailing previous victories to encourage the suffering Christians. This passage has been interpreted as the primeval fall of Satan—which is partly likely—but it really represents Satan’s defeat by Jesus’ death, burial, and resurrection. When war broke out in heaven (Rev. 12:7; cf. Luke 19:38; Col. 1:20), this may be a primeval war. However, verse ten represents the beginning of the age of the church, and before this dispensation, Satan accused people day and night before God. That he went before God is attested to in Job 1:6–11; 2:1–6, and that he accused people before God is evidenced in Zechariah 3:1–5. Accompanying Jesus, however, was salvation (cf. Luke 3:6; Heb. 9:28).

Satan was created as an angel (cf. Ps. 148:5), and such were present at creation (Job 28:1–7). Before or during creation (1 John 3:8), evil already existed hence the tree of the knowledge of good and evil (Gen. 2:9). There were two passages often thought to speak about Satan’s being cast from heaven before creation—Isaiah 14:12–19 and Ezekiel 28:11–19. This rebellion was led by Satan, who has his own angels (Matt. 25:41), and the results were what was recorded in 2 Peter 2:4 and Jude 6. Revelation 12:7–9 may speak about Satan’s being cast from heaven. Other passages to consider would be Luke 10:18 in comparison to Revelation 9:1, and John 12:31. Jesus’ statement in Luke’s gospel came after the limited commission of the seventy-two. While the seventy-two seemed surprised and overjoyed at this success (Luke 10:17), Jesus’ reply may have been a way of communicating His lack of surprise over their works because He had already seen Satan cast from heaven. He already knew that Satan was defeated.

The passage from Ezekiel depicts Satan as present in the Garden of Eden and full of wisdom and perfect in beauty. Snakes were often associated with knowledge, hence the Mosaic reference to Satan as a serpent. Specifically, Satan was a cherub as opposed to a seraph. Cherubim were placed in the garden to keep fallen man out. They were guardians of paradise, but they were also depicted as attendants to God. The throne upon which God resides rests upon cherubim (Ps. 80:1; 99:1; 1 Sam. 4:4; cf. Ps. 18:10). For Satan to have been a cherub implies that he served as a protector of God’s presence and holiness. Ezekiel’s passage, therefore, describes Satan’s pre-fallen state. As a matter of interest, Cyril of Jerusalem, Jerome, Tertullian, Ambrose, and Augustine interpreted this narrative as descriptive of Satan.

When we turn to Revelation 13:1–10, one beast is represented while another arises from the earth at 13:11. These two beasts are allies of Satan in his work (12:9). When we left off from chapter 12, the point was made that the dragon made war with the woman’s offspring, and chapter 13 shows how he planned to do just that. However, God gave His people particular insights to help them stay the course (13:9–10, 18). The first beast mentioned in 13:1 is also in 11:7 and is later pictured as coming from the abyss (17:3, 7–8). This beast is often referred to as “the beast,” while the second beast is later referred to as “the prophet” (16:13; 19:20; 20:10). The first beast received a mortal wound (13:3, 12, 14–15). Many have used this to argue that Nero was actually alive since he was the first to persecute the Christians. Dio Chrysostom, at the end of the first century, wrote, “Even now everyone wishes he [Nero] were alive, and most believe that he is” (Or. 21.10). Others had believed that Nero was alive in 69, 80, and 88–89 CE. It may be that this refers more to Nero’s work of persecuting Christians, or the spirit thereof, rather than the man himself. This first beast has thought to have been the Roman Empire. The second beast’s primary function was to persuade men to worship the first beast—which may allude to Roman emperor worship. This beast is called “the prophet,” or “false prophet,” and appears as a Lamb, but speaks like a dragon. The imagery of the Lamb reminds us of Jesus, but this beast is the proverbial wolf in sheep’s clothing (Matt. 7:15). This beast may have been the organization responsible for enforcing emperor worship—the Concilia (13:15).

Roman slaves and disobedient soldiers received marks on their hands or foreheads. These denoted that they were devoted to a certain master or god. Paul used similar language when he referred to bearing the marks of Jesus on his body (Gal. 6:17). This mark is a counterpart of the seal of God that we studied in chapter 7. God sealed the 144,000 (Rev. 7:3), but this mark designated who belonged to the beast. Whoever had the beasts mark was allowed to transact business. Archaeologists have uncovered documents given to “image worshipers” as proof of having offered emperor worship, and beginning in the reign of Tiberius, all business documents had to be sealed by the government stamp, and it was often the priesthoods of the cities (Concilia) who applied these stamps. Trade guilds also ruled many cities (e.g., Thyatira), and if one didn’t belong to a guild—which was closely aligned with gods—they couldn’t transact business. The Greek in verse 18 is anthropos and not aner. The former designates humanity while the latter designates a man, so John was saying that this number represents humanity, and humanity cannot overcome God Almighty (2 Chron. 20:6).

Humanity feels strongly about transacting business, commerce, and economy. One of the chief concerns for us all is whether or not we’ll be able to feed our families by putting food on the table. What if the very manner in which you provide for your family becomes embroiled in immorality and even idolatry? Would you forsake the commerce for the sake of your Lord? It may have been that some Christians were. We either bear the seal of the Lord or the mark of the beast. It can’t be both.

[1] In the NKJV of this account, verse six begins with “then,” but would be better translated as “and” (kai).