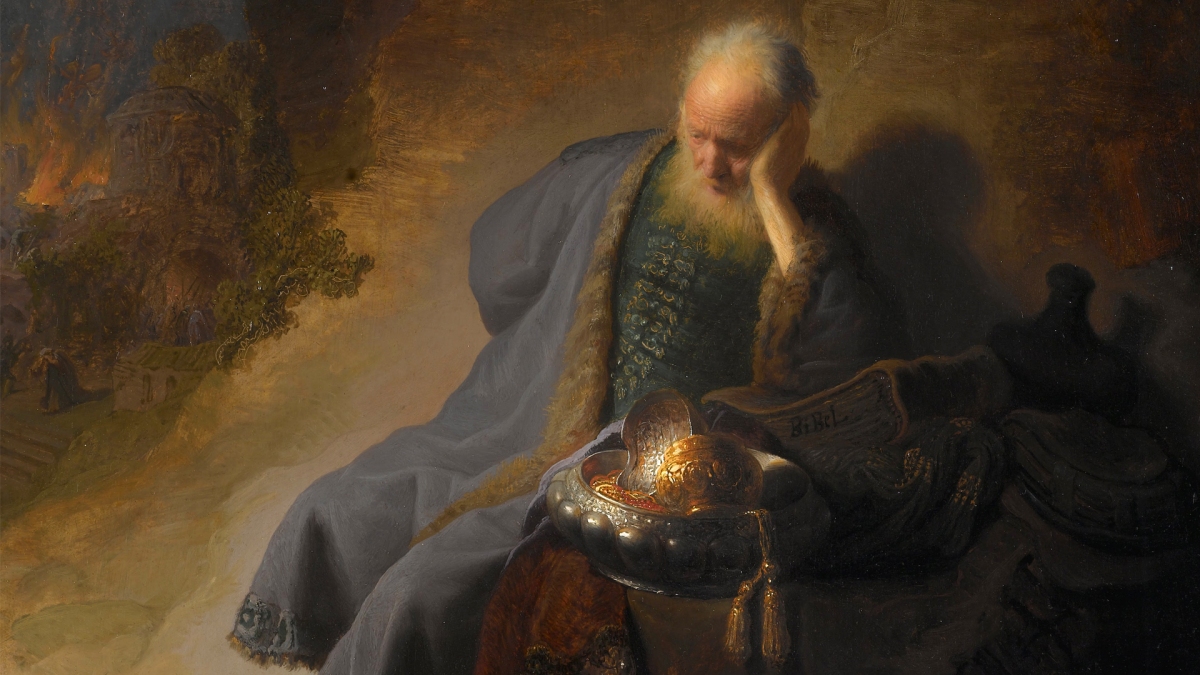 Many commentaries equate God’s intentions in Isaiah for the earth with the end-times (Is. 24:1–3) since he had previously pronounced judgment against the world for sinfulness (13:5, 9, 11). However, the language of 24:5 is reminiscent of the Noahic covenant (Gen. 9:16; cf. 6:5). Several references to “the land” also lead us to think about Judah and Jerusalem (Is. 26:1)—“the land” is a reference to them (24:3, 13, 23). The same can be said of “this mountain” referring to Zion (25:6–7, 10). Judah here appears as a microcosm of the world. A great responsibility is placed on God’s elect. We were meant to have been royal priests from the garden, maintaining sacred space. Instead, God made his dwelling place among Israel, which shrunk to Judah and Jerusalem. Now that they have sinned, the world God envisioned has become smaller and smaller—sacred spaces now being corrupt. The leaders of Judah have sinned (28:7–8, 14–15) and Jerusalem (29:1–8). Jerusalem, however, pretends piety when God knows differently (29:13).

As Ahaz trusted Assyria for his relief, they trusted Egypt (30:1–3; 31:1–3). Contrasted to those who trust Egypt are those who trust God (30:18–26). God’s people in Judah and Jerusalem are divided—some trust in earthly powers while others trust in God. Those spoken against tend to be the elite, as shown here. The simple folks are those who look to God. They have no standing among the elite, so the day of judgment is to them a day of reckoning (29:18–20). If there’s one thing we must all learn, the “experts” aren’t always right. They could defer to them as religious leaders when they thought of priests and prophets. Yet, God spoke against them for their drunkenness. Similarly, it may not be wine on which folks are drunk today, but on power, influence, or complacency (32:9–15).

Hope is available (26:3–6). Finally, the chief cornerstone of 28:16–17 resembles the restored city of 1:26 and looks to a new faithful community. This stone is a precious cornerstone to many, but to others, a snare (28:13). God also promises to deliver Jerusalem (31:4–9), foreshadowing when they will attempt to siege Jerusalem in 701 BCE. A reign of righteousness is upon Jerusalem (32:1–8; 33:17–24), and this applies not only to Hezekiah but also to Jesus. Jesus often identified himself with figures from the Old Testament:

Peter described Noah and his family’s salvation through the water as a type of baptism, while Paul said Adam was a type of Christ. 5:14). So we may be safe in saying that Hezekiah was also a type of Christ, for the most part. He was one of the final faithful as Jesus. Here are similarities between Hezekiah and Jesus:

In Hezekiah’s days, Zion would be a city of glory (35:1–10), and the Lord’s glory in Christ would also occupy it. Jesus’s ministry on earth would resemble Hezekiah’s reign, but to a greater degree.