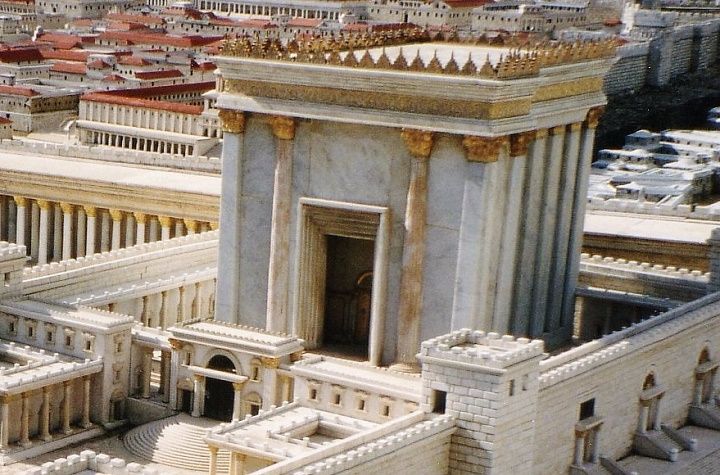 O LORD, how long shall I cry, and you will not hear? Even cry out “Violence!” And you will not save. Why do you show me iniquity, and cause me to see trouble? For plundering and violence are before me; there is strife, and contention arises. Therefore the law is powerless, and justice never goes forth. For the wicked surround the righteous; therefore perverse judgment proceeds.

Much of what follows is God explaining justice. The foreigner and eunuch might have otherwise believed themselves excluded (Deut. 23:1–3; cf. Lev. 21:18–20), but God welcomes them and urges the same of his people (Is. 56:3–8). The corrupt rulers of Israel have led many astray, but some have even known to follow the Lord despite the instruction of their leaders (57:1–2). God plans to refuse the idolater (57:11, 13), but if an idolater returns to God, he will accept and heal them (57:15–21). Yet, the one who perverts justice and engages in idolatry presumes that they are still favored because of their worship, but worship will not cover their sins, especially if they exploit others and the holy days (58:3–10, 13–14). This behavior landed them in exile (59:1–4, 14–15), so returning home should accompany repentance (59:20). God wanted his people to be a part of injustice’s solution (59:16).

Considering all that Judah has done, chapter 60 paints a beautiful picture of God’s forgiveness and restoration. “Foreigners shall build up your walls, and their kings shall minister to you; for in my wrath I struck you down, but I have had mercy on you” (60:10). “Whereas you have been forsaken and hated, with no one passing through, I will make you majestic forever, a joy from age to age” (60:15). Isaiah saw a restored Jerusalem as a renewed Jerusalem (60:19–22), and John saw the heavenly Jerusalem as something similar yet better (Rev. 21:9–11, 22–26).

Either the servant or the prophet announces the good news to rebuild what had been torn down (61:1–4). When Jesus read from Isaiah, he identified himself with this servant (Luke 4:16–21). Rather than rebuilding the city of Zion, he rebuilt the people of God by preaching the good news of the kingdom of God and restoring those to God who had been “exiled” from him despite being in Judea. One of my favorite passages in Isaiah is 61:10 (cf. 62:5), “I will greatly rejoice in the LORD, my whole being shall exult in my God; for he has clothed me with the garments of salvation, he has covered me with the robe of righteousness, as a bridegroom decks himself with a garland, and as a bride adorns herself with her jewels.” Similar imagery of Christ and his bride, the church, appears in Ephesians 5.

In Churches of Christ, brethren have sometimes erringly taken verses and transposed them for our theology. For example, Isaiah 62:2 has often been used to describe how we came to be called “Christians,” but that wasn’t what Isaiah was speaking about. Just two verses later, the explanation of verse 2 is given, “You shall no more be termed Forsaken, and your land shall no more be termed Desolate; but you shall be called My Delight is in Her, and your land Married; for the Lord delights in you, and your land shall be married.”Also, verse 12 adds,  “They shall be called, ‘The Holy People, the Redeemed of the LORD’; and you shall be called, ‘Sought Out, A City Not Forsaken.’” Just because a verse might suit a preconceived belief doesn’t mean that’s the best way to use that verse. The whole of chapter 62 is to show how God will forgive and bless Judah and Jerusalem, and 63 explains why God punished them and remembered his mercy towards them (v. 11). A prayer of repentance is given in 63:15–64:12. The servants of the Lord will be blessed, but those who rebel will suffer (65:1–16).

In Isaiah 65:17, a familiar theme arises—new heavens and new earth. This is something that both Peter (2 Peter 3:13) and John (Rev. 21:1) write about too. Isaiah’s new heaven and earth have one significant difference—death remains (65:20). It no longer exists in John’s new heavens and earth (Rev. 21:4). I don’t take Isaiah’s as an end-times (eschatological) reading because death is still present. Everything listed can be read as juxtaposed to exilic suffering, with the former things being that which is written in the preceding verses. Furthermore, the messianic promises have yet to be fulfilled, so this can’t refer to the new creation that is post-resurrection and judgment. As we read chapter 66, God’s worshippers who also engage in pagan rituals and unjust living have their offerings regarded as actual sins (66:3). The end-times new creation doesn’t need sacrifice, nor will there be unrighteousness, as depicted in verse 4 (cf. Rev. 21:8). Finally, Isaiah’s new heavens and earth will be “before” God (66:22), but God will be “in” John’s (Rev. 21:3).