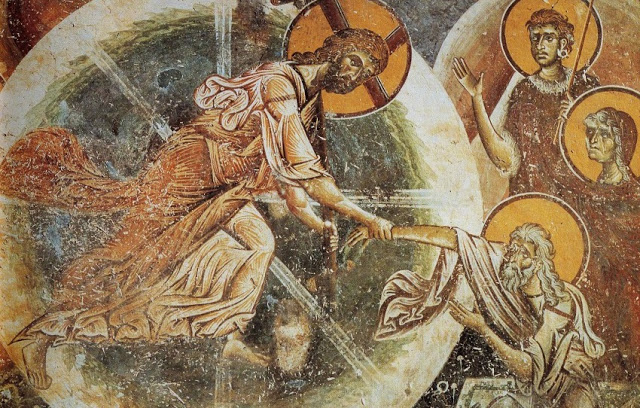 Moses, having received the pattern for the tabernacle, now puts blueprints into action. After calling for a free-will contribution from Israel, the assembly brought so much that they had to command them to stop (Exod. 36:3-7). God’s people, knowing of a need to glorify and honor Him, always steps up and meets that need. The wonderful part about this is that it is as true today as it was then. The construction ensues and the reader is reminded time and again that everything is done as Moses commanded, or as God commanded Moses (Exod. 38:22; 39:1, 7, 21, 26, 29, 31-32, 43; 40:16). Finally, after made and consecrated, God inhabits His tabernacle (Exod. 40:33-38). His presence dwells above the tabernacle, by day as a cloud and, by night, as a pillar of fire. Israel now knows that they dwell among God, and He among them, priests mediating between the two.

The specifics of tabernacle construction mirror that of paradise, the Garden of Eden. Upon completion of the earth as with the tabernacle, the same Hebrew term is employed for their completion (Gen. 2:1; Exod. 39:32; 40;33). After the completion of each, a blessing is pronounced (Gen. 2:3; Exod. 39:42-43). Finally, the comparison is that God now dwells among Israel just as He did among Adam and Eve. This cohesive theme throughout all of Scripture shows that if we understand the beginning, we’ll understand the end, the same being shown throughout Scripture. In a manner of speaking, paradise is restored but imperfectly. The original paradise, the word the Greek Septuagint uses for the garden of Eden, was heaven on earth and sinless. The new paradise demands sacrifices for atonement. Nevertheless, we see God’s aim to be with His people and among them.

Christians in churches of Christ, no thanks in part to Alexander Campbell’s Sermon on the Law, often relegate the Old Testament to something of a bygone era and not really significant to the church today. This is not a sentiment that I share, because Scripture has proven this to be untrue. Exodus, however, provides us with several items of significance for the church.